The Supreme Administrative Court has decided that only waste which is transferred to a physically and cadastrially separated landfill area within a larger waste treatment plant is to be taxed. This decision can be important in determining how the term “waste treatment plant” is to be handled as regards taxation.

The Tax Agency had deemed that the plant should be seen, in fiscal terms, to comprise one, single taxable waste treatment plant and that all material transferred to the plant should, therefore, be taxed. That the operations at the plant were divided into physically separate areas with separate environmental permits for landfilling, respective other operations, did not impact the Tax Agency’s assessment.

The Supreme Administrative Court deemed that if varying operations take place within a plant which are separated from each other in such a manner that an environmental statutory testing could conclude that it is possible to issue separate environmental permits, then, such view of the separation should also be acceptable in the context of taxation.

Against this background, the Court believes that even if the plant can generally be seen to comprise one single plant, the landfill areas are to be seen as separate waste treatment plants according to the Waste Tax Act provided they are physically and cadastrially separated from the other areas in the plant.

This decision evidences that the formulation of the environmental permit for the operations can be important as regards the manner in which the term ”waste treatment plant” is to be assessed for tax purposes.

The reasoning regarding the importance of the environmental permits in terms of waste tax can be found in cases in both the Administrative Court of Appeal in Sundsvall and in the Council on Advanced Tax Rulings (advance ruling announced 2 December 2015, Case Nr. 42-14/I) which we have previously reported upon in Tax matters. 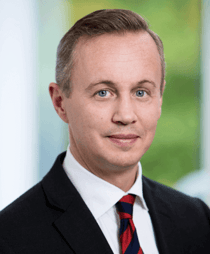