After criticism was presented regarding the tax on chemicals, a third type of tax liable entity is proposed – the registered consignee. A registered consignee will be allowed to report the chemical tax on a monthly basis. Also, an exemption from taxation will be introduced for goods that has been taxed previously.

Tax liability under the current rules

For an individual who is not registered as a warehouse keeper tax liability will occur when goods are manufactured in Sweden or transported into Sweden from another EU country. A tax liable entity who is not a warehouse keeper has to report the chemical tax in a special tax return for each event. The return is to be received by the Tax Agency no later than five days after each the taxable event. The tax returns are to be signed by authorized business signatories and cannot be sent in electronically.

If goods are imported from a non EU country, the tax liability will occur for a taxpayer who is not a warehouse keeper when the liability to pay customs applies. For non EU imports the tax is reported to the Customs Office.

Criticism has been submitted regarding the current system as many companies who regularly purchase taxable goods subject to chemical tax do not, as a rule, register themselves as a warehouse keeper.

This refers often to cases where the company primarily purchases goods from Swedish suppliers, but also applies to certain specific types of purchases from other EU countries. These companies would need to report their Swedish purchases if they were registered as warehouse keepers, which would often require extensive work. However, the current system results in problems in reporting chemical tax for these companies as the tax return must be presented within five days from the event triggering the tax liability and is to be signed by an authorized business signatory. This procedure often results in major administrative problems.

The changes are proposed to come into effect on 1 January 2019. 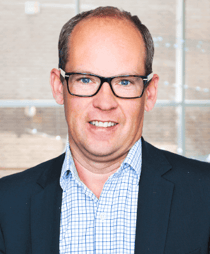