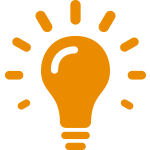 The Government plans to exempt solar power from energy tax if the solar power is produced in small plants located where the electricity is consumed.

As a first step, the Government now presents its proposal which is to be referred to the Council on Legislation implying an energy tax reduction from 29.5 öre per kWh to 0.5 öre per kWh for renewable electricity, including solar power produced in small plants located where the electricity is consumed.

From previous years, there is complete tax exemption for production of renewal solar electricity produced by a producer whose total production capacity is less than 255 kW.

The proposed tax relief impacts producers who have a number of smaller solar energy units and where each unit has an installed total effect less than 255 kW, but where the total production capacity of all plants is 255 kW or more.

The new proposal implies that a number of producers will benefit from reduced tax as the reduction will apply to all entities with a production capacity in excess of 255 kW and which, in general, meet the requirements regarding electricity distribution, consumption at the location, and the size of the plant.

The tax reduction is proposed to come into effect on 1 July 2017.