Unlike the European Commission, the Swedish government is of the view that the interest deduction limitation rules on related party debt, which were introduced in the corporate sector in 2019, are compatible with the EU law. It remains to be seen what will happen with this issue going forward, but the matter may end up in the Court of Justice of the European Union.

The issue concerns the tax rules which entered into force in 2019 and are applicable to interest costs on loans from related entities. Previously, the European Commission (hereafter referred to as the Commission) has questioned the rules which were applicable during 2013-2018. The latter rules have also been subject to a ruling by the Court of Justice of the European Union (hereafter referred to as CJEU) in the so-called Lexel case. Earlier this year, the CJEU found that it was incompatible with the freedom of establishment to deny the deductions.
Link: https://blogg.pwc.se/taxmatters-en/swedish-interest-deduction-rule-incompatible-with-eu-law

The judgment made it clear that it at least was contrary to the freedom of establishment to deny the deduction of interest costs on a loan within a EU/EEA group, if the borrower and lender had been able to tax consolidate with each other if the foreign lender had instead been a Swedish limited liability company.

Swedish companies are not taxed on a consolidated basis. However, it is possible for qualifying groups (i.e. a holding greater than 90 percent of the capital, which must be upheld during the whole fiscal year) to effectively offset operating losses of one Swedish company against operating profits of another Swedish company by way of group contributions, which are tax deductible for the contributor and taxable for the recipient.

The letter from the Commission

As mentioned above, the CJEU case concerned rules which are now repealed and since 2019 have been replaced by new rules. In a letter to the Swedish government in June this year, the Commission announced that it was of the view that also the new rules in practice continue to apply in cross-border situations only. This is, according to the Commission, not compatible with EU law. Therefore, the Swedish government was urged to change the rules. In the letter, the Commission asked for the government’s view on this matter.

The answer from the Swedish government

Introduction
The government is correct stating that the 2019 rules have been narrowed and more gives the impression to be anti-abuse rules than before. Despite that, a number of objections can in our view be raised against the statements that the government puts forward and the picture of the situation that the government is painting in the letter. In certain respects, there are also pure factual errors. The government puts forward that the rules only target cases where there is a “decisive influence” or if the companies are under mainly joint management, but this is not correct. The definition “decisive influence” was changed as early as 2013 to “significant influence”, which is a lower requirement. This is evident from both the wording of the law and case law.
Link: https://blogg.pwc.se/taxmatters-en/verdict-from-sac-regarding-interest-deduction-limitation

Situations where the right to exchange group contributions would have been at hand had the lender been Swedish
The preparatory works for the 2019 rules refers to the preparatory works for the 2013 rules which states that a deduction should be granted if the borrower and lender can exchange group contributions between each other. Therefore, this still applies. In light of the position taken by the CJEU in the Lexel case, it is difficult to come to any other conclusion that also the 2019 rules should imply that cross-border loans are treated less favorably, if a deduction is denied in such cases.

Situations where there would be no possibilities to exchange group contributions had the lender had been Swedish
In cases where group contribution rights would not be at hand, for example if the qualified holding requirement is not met, the question is whether purely domestic loans are treated in a better way than cross-border loans. The government is of the opinion that this is not the case, since the rules are general and neutral and may be applied in domestic situations as well. Neutral rules can, however, depending on how they are applied in practice lead to a de facto restriction. The CJEU looks at if the outcome in the cross-border case in practice is (or could be) treated in a less favourable way compared to a purely domestic case. There are also several examples when the CJEU has rejected neutral rules, for example in the Swedish Lexel case where the wording of the law was designed in a neutral way.

In the letter, the government mentioned that a situation where the rules may be applicable also in purely Swedish situations is if the interest income is offset against losses and the lender and the borrower can not exchange group contributions with each other. However, the government does not mention that the Swedish Supreme Administrative Court ruled over such a case last year and found that the interest deduction should be allowed. The case concerned a loan between Swedish companies where there were no group contribution possibilities between the lender and the borrower and where the lender had tax losses.

In our view, it is quite evident that the rules are not as neutral as the answer from the Swedish government gives the impression of. In addition, the rules are not explicitly targeting only wholly artificial arrangements and also most likely to go too far to be deemed to be proportionate. The conclusion of this could be that the rules are not compatible with EU law. It now remains to be seen how the Commission will act in relation to this issue going forward.
If the Supreme Administrative Court will not make any explicit statements in the case that is currently pending at the court, it seems increasingly likely that the Commission might bring Sweden to the CJEU. Hence, the discussions on the Swedish interest deduction limitation rules will continue.
In case of any questions on the above, please contact us. 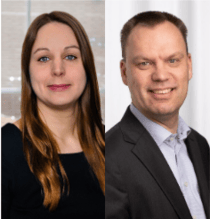