The investors in a contractual fund have been regarded as lenders to a Swedish portfolio company, thus the rightful recipients of interest paid, and as affiliated parties with the company and the fund manager. The Swedish portfolio company’s right to deduct interest is to be reassessed by the Swedish Tax Agency. An expected request for the European Court of Justice's assessment regarding the compatibility of the Swedish interest deduction limitation rules with EU law was denied.

The Supreme Administrative Court (the SAC) recently published its verdict regarding the interpretation of the interest deduction limitation rules. The key issue in the case was who would be considered the lender to a Swedish portfolio company in a fund structure where the fund itself lacked legal capacity.

Contrary to the assessment of the Swedish Tax Agency (STA) and the lower courts, the SAC found that the investors in the fund were the company's actual lenders. The investors who were legal persons were deemed affiliated parties with the company, despite the fact that their respective holdings were way below 50 percent. The interest deduction on loans to these investors could be granted only if the conditions for applying exemptions in the interest deduction limitation rules, in their previous wording applicable from 2013, were met.

Background and circumstances in the case

The Swedish company was a wholly owned subsidiary of a Luxembourg company, which in turn was owned by five so-called limited partnerships domiciled in Jersey, formed by a large number of investors. The five partnerships together constituted a contractual fund, which was managed by two management companies, also general partners (GP companies). The Swedish company received a loan from its direct parent company to finance acquisition of another company. Thereafter, the parent company redeemed its own shares and transferred the receivables from the company to the GP companies as a payment.

To be assessed  in the case  were whether it was the GP companies in their capacity as the fund's legal representatives or the fund's investors should be deemed as the company's actual lenders and whether the company was in affiliation with its lenders.

A primary requirement for the application of the interest deduction limitation rules in their previous wording from 2013 is that the interest expenses are related to loans between companies that are affiliated parties. By company is meant only legal persons and Swedish partnerships.

The SAC has previously found that a fund that lacks legal capacity cannot legally own assets or enter into agreements. The fund itself could thus not be a lender to the Swedish company either.

The SAC stated that the legal structure of the fund provides that the right of ownership is separated from the management of the fund's assets. Investors are obliged to contribute capital, yet delegate control and management function to a contractor (fund manager) acting on their behalf towards third parties. However, the investors have the right to all profits arising from investments, apart from remuneration to the fund manager. The fund's assets should be held separately from the fund manager's assets and they are also legally protected against the fund manager’s creditors. This implies that the investors jointly own all the assets in the fund, including the receivables from the company, and that they are entitled to all the proceeds including the interest income at hand. Thus, the court ruled that it is the investors who are to be considered the Swedish company's actual lenders.

Did the investors then, directly or indirectly, through ownership or in any other way have a significant influence in the Swedish company, i.e. were they affiliated parties with the company? The court pointed out, inter alia, that a similar definition of affiliated parties could be found in the rules regarding the so-called shell companies. According to a statement in the preparatory work for that legislation, the term significant influence is intended to include such cases where a large number of cooperating individuals own one and the same shell company through companies owned by each of them. This applies even if the shareholding of the respective owner is minor.

The case was sent back to the Swedish Tax Agency for review regarding the conditions for interest deductions on the basis of exemption rules under the premise that it is the investors who are entitled to the interest income. Such a review includes an assessment of whether the actual lenders have been taxed for the interest income by at least 10 percent and the debt relationship has not mainly arisen in order to achieve a significant tax benefit for affiliated parties, or whether there are predominant business reasons for the debt being in place. Interest expenses on loans from any individuals who have been investors in the fund are in principle deductible.

With the above assessment, the SAC currently did not find any reason to request the European Court of Justice's assessment regarding the compatibility of the Swedish interest deduction limitation rules with the EU law.

In the context of their restrictive interpretations of the interest deduction limitation rules, the lower courts previously completely disregarded the civil law aspects that apply to a fund and its legal structure. It has created a lot of frustration for the business community and especially for the actors on the global market. It should be appreciated that the SAC has now found reasons to apply civil law, property law and economically corrects facts as a starting point for interpretation of the Swedish tax legislation.

However, one could perhaps have some thoughts on  the court's conclusion regarding investors' collaboration based on the application of analogies from other regulations. It does not seem  too obvious to assume that independent, often larger institutional, investors would as a starting point achieve a real collaboration and thus significant influence over a Swedish portfolio company in the same way as individuals owning  a closely held shell company, only because of the investment agreements concluded in order to invest in a fund.

There are a number of similar cases at the level of the SAC that have previously been informally put to rest pending the assessment in the current case. As it appears from the SAC’s decision regarding petition for a new trial as of 29 October 2020 in cases where a subsequent review permit was not granted, the court has no obligation to grant a subsequent review permit even if the legal conditions for that are met. Nor is it possible to get a new trial in similar situations. It is not entirely clear what will happen to the pending cases. However, there is hope that the court will also allow other taxpayers to take part in a substantive review in the lower instances, especially considering the high costs that these long-lasting litigations have entailed for the companies involved.

However, the investors and funds within the financial and real estate sector , who have been waiting for this verdict, still do not know whether the Swedish rules are compliant with EU law and now need to consider how to provide support for the assessment that investors in a fund treated as affiliated parties have been taxed at a sufficient level in order to secure interest deduction in Sweden. 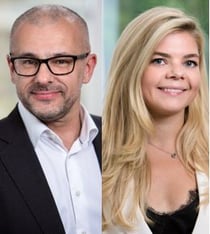