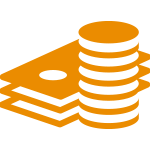 The Supreme Court has now made a decision on the outstanding issue as regards so-called printing VAT; that is, that printing customers have the right to re-claim the excessive amount of VAT charged by their suppliers of printed matter.

The Supreme Court determined that the printers, indeed, acted in good faith when they believed that they had the right to invoice their customers 25 percent VAT for deliveries of printed matter, in spite of the fact that it was subsequently shown that the correct tax rate should have been 6 percent. The Supreme Court is of the opinion, however, that the printers are liable to refund the excessive amount of VAT to the customers in accordance with the condictio indebtiti principle (”erroneous payment”). The reason for this is that the Court believes that the printers should not have counted on keeping the refunded VAT from the Tax Agency. The major reason for this is that the printers are seen to comprise, in their role as suppliers, of simply tax collectors acting on behalf of the government, and due to the fact that the amount of reported output VAT is to be equivalent to the customer’s input VAT.

Previously, the Supreme Administrative Court, in the question of taxation in arrears of the reversed printing customers’ excessive deduction of input VAT, has been of the opinion that it could not be seen to be ”impossible or unreasonably difficult” for printing customers to demand refund of the excessive amounts of VAT from the printers.The Supreme Court’s decision is in agreement with this approach on the basis that there is the legal (civil law) possibility to re-claim the amounts from the printers. The Tax Agency has notified that the respite on payment of tax granted the printing customers due to the unclear legal status will not be annulled until the Tax Agency has analysed the decision and its consequences. In other words, the Tax Agency must now test the matter of whether the payment responsiblity for the VAT remains with the customers, whereby issues such as the printers’ interest in, and capability of, actually refunding the excessive amounts of VAT to the customers is to be considered. 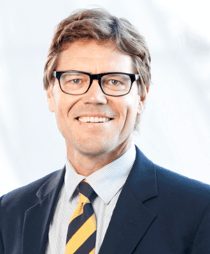