We are quickly approaching the end of the year and it is, therefore, high time, to consider the salary level of a part owner in adapting that level to the 2016 thresholds. For owners of closely held companies, it is important to distribute the correct amount of salary if one wants the possibility of affecting one’s threshold amount. For employees, in general, there can be reason to exchange salary for, for example, an extra pension premium provided one is reaching the breaking point for state income tax.

Employees pay municipality tax on all of their income from salary. Depending on where one lives, this varies between 30-35 percent. Taxed income in excess of SEK 430,200 – the so-called lower limit – incurs, in addition, 20 percent state tax. If the employee pays tax on income in excess of SEK 624,800- the so-called upper limit –then one pays an extra 5 percent in state tax on that portion of the salary in excess of the threshold amount, that is, a total of 25 percent tax.

In other words, in income year 2016 you can have an income of SEK 443,200, respective SEK 638,800 (the so-called lower and upper breaking points) without paying state income tax, respective increased state income tax. This is due to the basic deduction.

Individuals born in 1950 or earlier can have income of SEK 469, 300, respective SEK 657,500 for 2016 without paying state income tax or the increased state income tax. This is due to the fact that the pensioners turning 65 at the start of the income year have a higher level of basic deduction.

The highest pensionable income (PGI) is SEK 478,551. Salary in excess of this dos not generate any national pension insurance benefits. The limit for income incurring sickness pay benefits (SGI) is SEK 332,200.

For owners of closely held limited liability companies, there is a further important limit to consider. The so-called 3:12 rules imply the possibility to tax dividends from the company at an effective tax rate of 20 percent, up to the threshold amount.

On the basis of certain premises, there is the possibility for the owner to credit himself/herself with fifty percent of the cash gross salaries which the company or subsidiary pays out during the year when calculating the threshold amount. But this requires that the owner, he or she, (or a closely related individual) is paid a certain amount of salary during the year.

The salary distribution requirement for owners amounts to SEK 355,800 + 5 percent of total salaries in the company. But there is a maximum limit. Regardless of the amount of salaries in the company, the owner never needs to pay himself/herself a salary more than SEK 569,280 during 2016 in order to be able to utilize the salary base in calculating the threshold amount.

This can be the final year in which the current regulations for calculation of the threshold amount apply. On 3 November 2016, an investigation was presented proposing significantly changed regulations to the current model. According to this proposal, the new regulations should come into effect on 1 January 2018 which, if adopted, implies that the calculation of the threshold amount salaries paid during 2017 will be based on these new regulations. Feel free to contact us if you wish to discuss the manner in which the proposal impacts your situation and how you should respond to these changes. 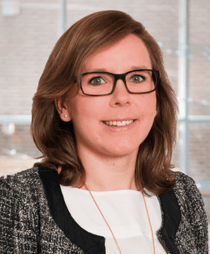