In January 2010, the Supreme Administrative Court issued five decisions, all of which addressed the issue of the manner in which the term ”same or similar operations” in the closely held companies regulations are to be interpreted. These decisions have been called, in popular parlance, “the lying fallow status decisions” and imply, simply speaking, that capital transferred from an active closely held limited liability company to another, passive limited liability company, cannot be seen to “lie fallow” (for tax purposes) as long as the partowner, or any closely related entity, continues to be active in the original company.

By ”lying fallow” in this context is meant that a closely held limited liability company has been passively managed with the result that the profit from the shares in that company, after five years of passive management, can accrue to the previously active partowner at 25 percent taxation. This is because the shares, after this five year period, have gone from comprising qualified shares to nonqualified shares. After the “lying fallow” decisions were announced, a number of other decisions have been announced which further complicates the assessment as to whether shares, in these situations, are to be seen to be qualified or nonqualified. In addition, the new practice as regards the so-called passive ownership rule has also added to the difficulty in assessing whether a given share is to be seen to be qualified or nonqualified.

Contact your advisor at PwC for a correct assessment and future tax strategy. 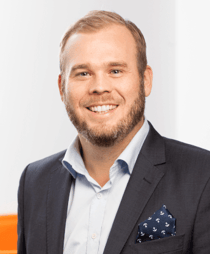