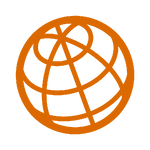 Tougher tax competition and opportunities to pay less tax on investments and profits from research and development are some of the trends affecting companies that operate internationally.

The annual international tax conference arranged by the International Fiscal Association (IFA) draws 2,000 participants with an interest in tax from finance ministries, tax agencies, courts and advisory firms. In other words, this is the highlight of the year for tax geeks! For those who are not quite so fascinated by the nitty gritty, I would like to share my knowledge of some of the key topics of discussion.

Tax allowance for research and development

Nearly all countries are looking to attract investments and knowledge and are, therefore, offering preferential tax regulations decreasing tax on profits or which reduce the risk within an investment. By comparison, Sweden’s rule implying a minor reduction in employer’s contributions for personnel engaged in research and development comes across as somewhat modest. Certain countries are also offering a reduced corporate tax rate on profits deriving from intellectual property rights, a tax regime known as a patent box.

Swedish small and medium-sized enterprises should also look into the incentives available when they establish an international presence. The larger corporates are already doing this.

Countries are putting things in order

BEPS (Base Erosion and Profit Shifting) is the name of the OECD’s extensive body of proposals aimed at combating aggressive tax planning and ensuring that multinationals are taxed on the basis of where value is created. A detailed presentation of the proposals has been given in previous articles in Tax matters.

In connection with BEPS, a growing number of countries are introducing new tax evasion rules. The conference also discussed measures aimed at so-called cash box companies in various countries. These are deemed to reduce other countries’ tax bases in some cases.

Merging of companies in different countries

In practice, it is still difficult to merge companies in different countries, despite the existence of international agreements. Rather than merge companies, a better option may be to operate through subsidiaries. Cross-border company tax deductions are generally difficult to achieve. Sweden offers certain opportunities to utilise losses incurred outside the country.

Fewer countries are currently planning to reduce corporate tax rates than a few years ago, although the UK, Norway and Denmark are set to implement previously adopted tax cuts. The United States is seen as being in a difficult position, with a very high corporate tax rate; there is a general desire to bring down the rate but financing this tax cut is difficult. Meanwhile, US companies with international operations are constantly finding new ways to minimise their corporate tax payments, which is also attracting continuous media attention.

Investments in the US require special tax advice.

Alongside the effort to tighten the rules against tax evasion, there is an ongoing discussion in many countries about the need for rules protecting the rights of taxpayers. In Sweden, for example, there is currently an inquiry into the rules on tax liability of representatives. There is a widespread opinion that the current rules are too far-reaching.

As the pace of digitalisation and communications increases, the world continues to shrink. Markets are becoming increasingly global. A growing number of Swedish start-ups are establishing operations abroad or being sold to international investors. Some companies are described as globals from their very inception. Entrepreneurs which operate exclusively in the Swedish market are also facing increased foreign competition.

International tax trends are, therefore, important for Swedish entrepreneurs, and for Swedish politicians. PwC is monitoring the trends and has colleagues across the world in a global network.