A shareholders striving to achieve the same tax effect as his partner in a sale of family-owned company to an immediate family member, with the possibility of incurring taxation as income from capital at 25 percent after a qualifying period of five years, was seen to comprise tax avoidance according to the Supreme Administrative Court (SAC). SAC consequently changed the Council for Advance Tax Ruling’s (SRN’s) advance ruling.

In a previous article in Tax matters, PwC commented on a decision by SRN whereby a closely held company, owned by partners A and B and a minority owner, was sold, during 2010, to A’s son. A, thereby, became the indirect owner, via a holding company, of shares in a so-called ”trädabolag” (a dormant company incurring the capital gains from the sale of the family company). The partner B also owned shares in such a company but with the difference that he owned the shares in the company directly as a private person.

As A’s son continued to operate the family-owned company, there was the concern that A, in 2016, would continue to be seen to be subject to the 3:12 rules (which implies that dividends and capital gains can be taxed progressively up to approximately 57 percent), or that the Tax Avoidance Act would be seen to apply to A’s procedures. However, SRN agreed during the autumn with A’s assessment that this was not the case. Consequently, dividends and capital gains would, in their entirety, be taxed as income from capital at 25 percent in both A and B. However, the Tax Agency appealed SRN’s decision.

SAC now agrees with A’s assessment that the 3:12 rules are not applicable. However, the court determined, in contrast with SRN, that through the procedure applied, A has transformed income from labour to lower taxed income from capital, which is in conflict with the aim of the legislators in the 3:12 rules. SAC, thereby, changes SRN’s previous decision and is, instead, of the opinion that the Act on Tax Avoidance applies. Consequently, A shall, in contrast with its partner B, be taxed on dividends and capital gains according to the 3:12 rules.

The SAC decision confirms previous rulings (or case law) regarding the 3:12 rules, implying that owners of family business are, paradoxically, negatively impacted, in tax terms, by a generation shift to an immediate family member. The court’s interpretation of the rules implies that it is more tax effective for a owner in a family-owned company to sell the family company to an external party, or to even entirely close down the operations, instead of undertaking a generational shift to a closely related party. It is very difficult to imagine that these effects could be seen to be in line with the purpose of the legislators in establishing these rules.

The decision implies in the case at hand that A incurs a significantly greater amount of tax in a sale of the shares in its directly owned dormant company in 2016 compared with his partner B. This is the case in spite of the fact that both part owners are subject to the same tax rules, have sold the exact same number of shares, in the same closely held company, at the same point in time, for the exact same market price and to the same purchaser. The only difference is that A has established an extra company to, according to the legal text, be able to achieve the same tax outcome as B is entitled on the basis of the rules in place. The outcome in this case can give rise to questions regarding the principle of equal treatment which implies that cases in which the factual principle’s are the same are to be assessed in the same manner by the authorities and courts.

Furthermore, the legal process shows how difficult the 3:12 rules are to interpret in practice. No expert presented any deviating opinion in either SRN or SAC. In spite of this, both of the courts concluded entirely differently in terms of whether A’s procedure comprised tax avoidance.

The family-owned company owner wishing to pass on his or her company to the next generation has faced, during more than six years, an apparent unexplainable lack of symmetry in the Swedish tax system. Expectations on behalf of the private business community are heightened now in terms of the so-called 3:12 investigation coming up, without major delay, with an answer to this problem. The investigation has been granted an extended period for completion and is, according to the most recent announcement from the Government Offices, to report on their assignment on no later than 1 November 2016. 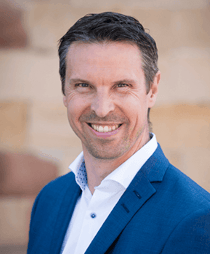