A proposal for a reduction in shipping subsidy has been presented to the EU Commission for their approval. If this change is approved, shipping companies will receive 99 percent of paid in taxes and social security contributions, instead of the previous 100 percent.

Shipping -subsidy comprises government subsidy provided to certain shipping companies having personnel working onboard Swedish registered ships. This subsidy has been provided on the basis of the employer receiving a refund equivalent to the employer’s social security contributions and tax deductions on the employee’s salary earned at sea. This shipping subsidy is, in other words, an important component in reducing personnel costs in many shipping companies.

The proposal now presented to the EU Commission implies that the shipping companies receive a refund of 99 percent of the tax and social security contributions paid, instead of 100 percent.

The background to the proposal is the introduction of the Swedish tonnage tax system which is expected to lead to reduced tax revenue of approximately SEK 45 million. This change is proposed to apply from and beginning 2017, at the same time the subsidy to shipping companies will be reduced by SEK 20 million in the same year.

As the shipping subsidy comprises government subsidy, the proposal must be approved by the EU Commission prior to the Swedish government taking a decision on a change in the ordinance in question.

On 20 October, this year, a Swedish tax tonnage system was introduced. For more information on this tonnage tax system we refer to previous postings. In the Governmental committee´s proposal on the Swedish tax tonnage system, it was proposed that the system should be, partially, financed through a reduction in the current level of shipping subsidy. The reduction was proposed at approximately two percent. The change in shipping subsidy now presented to the EU Commission for approval is, in fact, well in line with the Governmental committee’s proposal, even if the reduction is only equivalent to one percent.

The fact that the Swedish tonnage tax system is to be partially financed through a reduction in shipping subsidy has, as we have written about previously, been heavily criticized Even certain experts in the investigation made reservations against this solution, with the motivation that it would be, largely, shipping companies who do not qualify for tonnage tax who would have to finance the costs of the tonnage tax system.

It now remains to be seen if the Commission approves of the reduction in shipping subsidy. 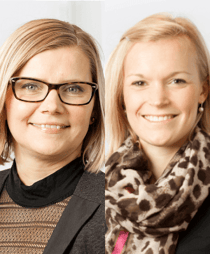