The fourth round of negotiations between the EU and the UK concluded on 28 September 2017. The UK has in the last two months released several policy papers on various issues such as future customs arrangements, continuity of the availability of goods, data protection, dispute resolution and most recently, foreign policy and defence, law enforcement and criminal justice.

The diversity of this list highlights the extent of the issues to be negotiated. As negotiations continue, the deadline for the UK’s exit from the EU on 29 March 2019 approaches.

The UK Prime Minister Theresa May, has also appealed to the EU for a two year ‘transition period’ after 29 March 2019 during which time the UK would maintain access to the EU single market. However, there is no guarantee that this will be agreed by the EU27.

The divergence of opinion among EU businesses towards getting Brexit ready is extensive. Many are already engaged in preparing Brexit strategies, some believe that as negotiations are ongoing strategising at this stage is premature and some are unaware of the potential implications of Brexit.

As with many things in life, preparation is key. Impact assessments for vital business areas such as commercial contracts, supply chains, international personnel, intellectual property rights and VAT and customs administration can be undertaken now.

Whilst it for some companies may be premature to make strategic decisions at this stage that may cost significant amounts to implement, identifying the potential risk areas and putting plans in place will be invaluable as negotiations move towards conclusion and new legislation begins to be implemented.

Seminars in Stockholm and Örebro

In order to assist companies with preparing for Brexit, PwC are hosting two seminars in Stockholm on 24 October and in Örebro on 25 October. The seminars will be held in conjunction with two members of PwC’s UK team – Claire Cowen and Aidan Coleman. If you are interested in attending, please register using the link below. The seminar will be held in English. 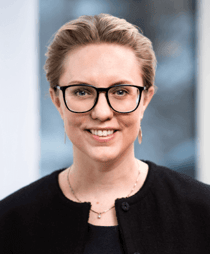