A new administrative law came into effect on 1 July 2018. In this new administrative law, a legal remedy against unacceptably long processing periods has been introduced. If a matter or case has not been determined within six months, there is, now, the possibility of presenting a written request that a decision be delivered within four weeks.

According to the Government, it has been shown that weaknesses existed in governmental authorities’ processes as regards the obligation of handling cases as simply, quickly and economically as possible. Against this background, there are strong reasons in favour of establishing a Swedish law to regulate the slow handling of cases, and which will strengthen the individual’s possibility to achieve an effective testing of the issue in question.

In the new administrative law, it is stated that if an authority deems that a decision, in a case where the individual has taken the initiative, will be significantly delayed, then, the individual should be informed of such delay. This information obligation applies only to cases initiated by individuals, that is, it does not apply to cases in which the authority has initiated the matter.

Such information on a delay is also to contain a description of the motivation for the authority’s assessment that the decision will be delayed. According to the Government, this is to be provided in order to, amongst other things, counter-act unnecessary irritation regarding delays in processing. The obligation of provision of information applies only when the authority can conclude that a decision on a given case will be significantly delayed. What is meant by significant delay is to be determined against the background of, amongst other things, the nature of the matter and the circumstances in the case at hand.

Written request for a decision

According to the Government, the assessment as to whether the reason for a delay is sustainable should be made against the background of, amongst other things, consideration as to whether the matter was processed in as speedy a manner as can be seen to be motivated, and whether any possible disruption in the processing can be seen to be acceptable. A testing is to be made based on the circumstances in each individual case and this is to include consideration of the nature of the matter, its scope and the complexity of the issues involved. General objections on behalf of the authority, such as heavy workloads or lack of resources, are, usually, not to be accepted as explanations for a long delay in processing.

During a long period of time, we have noted that the processing periods at, amongst other authorities, the Swedish Tax Agency and the Swedish Social Insurance Agency have been increasingly longer. It is not unusual that individuals have to wait more than six months to receive, as an example, social insurance certificates from the Social Insurance Agency. Long administrative periods create, in our opinion, unnecessary insecurity for individuals and, in certain cases, can also imply economic consequences for companies and individuals. Our understanding in this context has been confirmed in the preparatory work to the new administrative law.

Our hope is that the expanded information obligation regarding delayed processes will result in individuals and companies being, to a greater degree, updated, and that the new law will provide the authorities with an incentive to, themselves, speed up their processing. This is due to the fact that the information obligation, in itself, creates additional work for the authorities, that is, in certain cases, fewer resources might be required to take a decision than to send out the information notifying the entity of a delay in processing.

A time limit of six months is common in other countries’ systems in terms of defining what comprises slow processing. Against this background, we believe that the proposed time limit is, in itself, reasonable but that six months is, in many cases, an unacceptably long period for the decision-making in question.

An example of such a situation can be when an employee in a Swedish company is sent abroad and the country in which they are to work requires a copy of their Swedish social insurance certificate (A1-certificate), evidencing that the individual in question belongs to the Swedish social insurance system. This can be required before they can be allowed to actually begin to work in that country or in order to avoid the risk of incurring fines. Considering that decisions on international moves abroad are seldom taken earlier than six months prior to the person leaving their home country, there is a risk of long processing periods negatively impacting Swedish companies and their employees in terms of international mobility, which can result in undesirable economic consequences. Against this background, we would have preferred to see application of a shorter time limit. 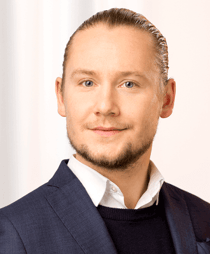 In previous articles, we have described the proposal to introduce the concept of “economic employer” to the taxation of non-resident ...

This spring, PwC has conducted the annual survey, “Skattebarometern 2019”, on attitudes to taxes and the tax system. The objective is to ...