New regulations on tax withholding came into force on January 1, 2021. Swedish companies will be obliged to withhold tax at source on invoices from foreign companies if services are performed in Sweden and the company does not provide a Swedish F-tax certificate. The new rules will apply regardless if the foreign company has a permanent establishment (PE) in Sweden or not.

When conducting business in Sweden you need to apply for an F tax certificate. When an F tax certificate is presented the payer of an invoice is not obliged to pay employer social security fees or withhold preliminary tax. The assessment was more complex when compensation was paid to a foreign company. If a foreign company did send an invoice for services in Sweden the receiver of the invoice should ensure that the foreign company did not have a PE in Sweden. To determine if a company has a PE or not in Sweden can be a complex matter. If an incorrect determination was made the payer of the invoice could become liable for Swedish social security fees, withholding tax and penalties.

In order for the Swedish Tax Agency to be able to assess if the withheld tax should be paid back to the foreign companies, a new obligation to provide information is introduced. All companies that carry out activities in Sweden but aren’t liable to pay taxes in Sweden will instead have to provide certain information about the activities.

The foreign companies that are primarily affected by the new regulations are those who don't have, or will have, a permanent establishment in Sweden.

We recommend companies to review their internal routines regarding payments to foreign suppliers to the extent the compensation is paid for work carried out is Sweden. You will have to ensure that all suppliers are approved for Swedish F-tax.

We also suggest that Swedish companies enter into a dialogue with their foreign suppliers that have employees carrying out work in Sweden to inform them of the new regulations and the importance of Swedish F-tax. 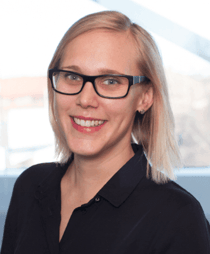