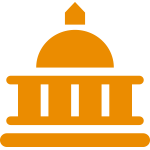 As Tax matters previously reported upon, Donald Trump launched already during his Presidential campaign a program to significantly reduce taxes for both companies and private individuals, combined with a strong simplification of the rules. Trump’s program and the proposal for tax reform presented in June 2016 by House Republicans have increased the probability of an extensive review and changes in the US federal tax system.

Trump’s program implies, amongst other things, that federal corporate tax is to be reduced from the current 35 percent to 15 percent and that the lower federal tax rate will apply to both large and small companies, Corporate profits which are, today, held outside the US (and, therefore, are not subject to American tax) will be deemed to be repatriated to the US and taxed on the basis of a one-time 10 percent tax rate. The program also implies that the right to deduction of operational costs is, in principle, entirely eliminated with the exception of research and development costs and that companies undertaking manufacturing in the US can choose to be granted deduction of investment costs against the loss of right of deduction of interest expenses.

Parallel with Trump’s tax program, House Republican’s (House GOP Blueprint) launched in June 2016 a proposal for a tax reform – ”A better way forward on tax reform”. The reform was presented as a fundamental change in the American tax system and reflects a more consumption-based taxation. The aim is to eliminate the current tax system’s incentive to move or locate operations outside the US and, in this manner, make American manufactured goods and services more competitive in a global market. This proposal also includes a significant reduction in the federal corporate tax rate to 20 percent and the elimination of certain types of deductions and is, similar to Trump’s program, a transition to a territorial tax system.

A transition to a territorial tax system according to Trump’s proposal or according to the House Republicans’ proposed reform, will imply a significant reduction in American corporate tax in combination with the elimination of rules which, today, allow American companies to, expressed in simple terms, ”choose” how and when profits are to be taxed. This will imply less interest by American companies in keeping profits outside the US and, in this manner, will create a greater incentive to transfer manufacturing and production home to the US.

On 15 March, we will, together with a colleague from PwC US, hold a seminar during which we will discuss the impact of an American tax reform on Swedish companies with business in the US.