We have previously reported on a decision by the Supreme Administrative Court (HFD), dated 20 June 2017, in which it was determined that fees paid to Board members were to be, as a main rule, taxed as income from services. The Swedish Tax Agency has previously stated that this was not to apply to agreements entered into prior to HFD’s decision being announced, nor to Board fees incurred in the current financial year. Now, the Tax Agency is clarifying the situation and states that fees incurred up until the forthcoming annual meeting of shareholders during 2018 are to be exempt, which implies a certain degree of delay in applying the new rule compared with what was said in the Agency’s previous statements.

The Swedish Tax Agency has previously stated, in a position paper, Issuance of Notice of Tax Assessments for Self-Employed Persons after changes in what is seen to comprise business operations (Case Nr.131751308-08/111), that work as a Board member, which does not refer to one’s own or a related party’s, ownership in the company in question, should, under certain circumstances, be able to comprise income from business operations. As a result of HFD’s decision of 20 June 2017 this is no longer possible and the Tax Agency has changed its position accordingly. However, the Tax Agency has agreed that the old position should be possible to apply on agreements concluded before June 20 during a transition period. This was to apply with the exception of Board Member agreements entered into prior to HFD’s decision, as well as with the exception of the fees referring to the current financial year, which were to continue to apply without incurring any taxation consequences for the Board Members, on the premise that they met the previously stipulated criteria for income from business operations.

The Tax Agency has now clarified its position regarding the transition period and has updated its commentary to the law case regarding the afore-mentioned decision, HFD, Case Nr. 278-17, Taxation of Board fees (Case Nr. 202278405-17/111). Now, agreements entered into prior to the HFD decision referring to fees to be incurred during the period up until the next annual meeting of shareholders, which is to take place no later than during 2018, are exempt. For many, the Tax Agency’s new statement represents an extension of the transition period, implying that the Board fees referring to this period can be paid to companies producing invoices, instead of incurring taxation consequences for the individuals involved. 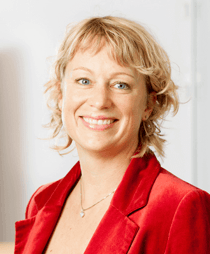