The Administrative Court of Appeal Jönköping has recently determined in a case that the correction rule is applicable as regards pricing in the acquisition of intangible assets. In this case, a Swedish limited liability company had acquired intangible assets from its Turkish subsidiary at a value of SEK 21.3 million. The Tax Agency determined in its decision to undertake an adjustment decreasing the expected useful life of the intangible assets and concluded that a value of SEK 4 million should apply, which was accepted by the Administrative Court of Appeal.

The Turkish subsidiary had undertaken since 2006, the manufacture and sale of radiator accessories in the Turkish market. The transfer pricing model intended to be used from the start by the subsidiary was not applied, rather, the subsidiary assumed the costs of the investments in Turkey and was, as a result, the economic owner of the local intangible assets in Turkey. This implied that the subsidiary reported major deficits.

The total combined losses amounted to approximately SEK 25 million. In order to correct this, so that the subsidiary would, in the future, comprise a usual manufacturing/assembly and sales company, the Swedish parent company acquired the intangible rights from the subsidiary at a value of SEK 21.3 million. In the attachment to the income tax return the company stated that the intangible assets primarily referred to client lists, the economic ownership of brands and corporate names.

The question in the case was if the price of the intangible rights acquired by the company was at arm’s length or if an incorrect pricing had taken place.

The valuation of the intangible rights is based on a cash flow valuation which, in turn, is based on an estimation of the present value of the computed flow of future revenues attributable to the assets during their remaining lifetime. In the valuation, the company assessed the economic lifetime of the intangible rights as 20 years. This was based on the company’s previous experience of client relationships. However, the Tax Agency determined that the lifetime was to be determined at five years. This would result in a value for the acquired assets of slightly more than SEK 2.2 million. The Tax Agency, however, also included in the appeal decision a cost based valuation whereby the value of the assets amounted to approximately SEK 4 million. As this valuation was more advantageous for the company, the Tax Agency chose to use this as the basis of its valuation.

In the case, the company maintained that it is usual in the industry to have long client relationships, and with verbal contracts commonly used in the industry, there is a reason that the client list with eight clients in total is relevant, and the company also maintained that the economic ownership of the local brand and goodwill should be assigned a value in conjunction with the restructuring. The Tax Agency has based the economic lifetime on the fact that there were two written client contracts which were seen to have a lifetime equivalent only to the length of the agreements concerned, that is, one year. However, the lifetime of the know-how regarding the Turkish market was estimated at a maximum of five years.

The Court has entirely agreed with the Tax Agency’s interpretation regarding the assessment of the economic lifetime of the intangible assets and the assessment of the value of these assets. In spite of the fact that the company undertook an analysis and assessment of the economic lifetimes based on their experience in an earlier establishment in the German market, and in spite of the company’s information regarding industry practice in this context, the Administrative Court of Appeal has determined that the Tax Agency has fulfilled its duty of burden of proof. The decision also shows that there is a lack of understanding regarding the reason behind the acquisition of the intangible rights. 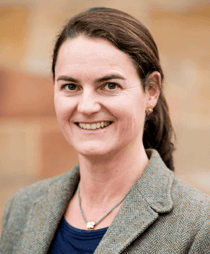