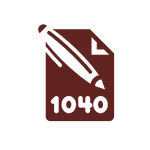 As regards payment of invoices, after 31 December 2019, to a foreign company for work performed in Sweden, the entity making the payment is to check and confirm that the foreign company in question is registered for so-called F-tax (notice of tax assessment for self-employed persons or sole traders) in Sweden. If there is no such registration, a tax deduction of 30 percent is to be made on the invoice amount.

Already, today, the application of the major rule implies that a tax deduction of 30 percent is to be made on invoices if the company to which the invoice is addressed is not registered for F- tax in Sweden. However, this tax deduction currently does not apply if the work in question has been performed by a foreign company and was not performed from a permanent establishment in Sweden belonging to that foreign company.

As we have previously reported, the Swedish Tax Agency has proposed that the above-mentioned exemption for foreign companies be revoked. Instead, all payments to foreign companies are to be covered by the major rule, implying that deduction will always apply if the foreign company is not registered for F-tax and provided the work is performed in Sweden.

The proposal was sent out for consultation and some of the replies have stated that this increased obligation will result in foreign companies not being contracted for services and that the administrative costs for both the Swedish entity ordering the services and the foreign company will increase. In the Council on Legislation’s consultation paper, the Government has taken these concerns into consideration but the proposal remains as originally put forward and a decision can be expected during the autumn.

Should the proposal be accepted, it implies that when a Swedish company purchasing services pays an invoice to a foreign company for work performed in Sweden, a check must be made to ensure that that company has registered for F-tax. If there is no such registration, a tax deduction is to be made on the amount of the invoice. This deduction is to be subsequently reported and paid in to the Tax Agency. The foreign company can, it is true, receive a refund of the deduction but this will probably not take place prior to annual taxation. A tax deduction reported in January 2019 will most likely be paid out to the foreign company at the end of 2020.

It is, today, the entity purchasing the services who is to make the assessment as to whether a foreign company has a permanent establishment when a possible tax deduction is to be made. The proposal states that this is an assessment which is very difficult for many companies to execute. Through this proposed change, the responsibility for the assessment is transferred to the Tax Agency who will, in this context, also receive more information and documentation regarding the foreign company’s operations in Sweden.

However, the proposal has no time limit in terms of the length of the period of work to which the tax deduction is to apply. This implies that foreign companies whose operations in Sweden are comprised of only short assignments must be registered for F-tax here. Examples of such short assignments can be a foreign construction company sending personnel to undertake acute work taking approximately two months to complete, a foreign lecturer who has been contracted for a two-day seminar or an expert who has to be contracted on a short-term basis from abroad to compensate for the lack of specific expertise in Sweden. The risk that assignments which are clearly less than six months in length would be seen to constitute a permanent establishment is very limited.

The proposal will create administrative costs and liquidity problems for foreign companies. When it comes to short-term assignments, the change is, of course, a hinder which could prevent foreign companies from accepting assignments in Sweden and, furthermore, a Swedish company might prefer to, instead, choose a company who is already registered for F-tax. 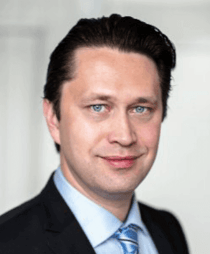