The Swedish Government has presented a package of measures aimed at mitigating the economic effects of the ongoing spread of covid-19. The package is based on an agreement between the Social Democrats, the Center Party, the Liberals and the Swedish Green Party and could be worth up to SEK 300 billion, if fully utilized.

The package was presented on March 16 at a press conference with, among others, the Minister of Finance, Magdalena Andersson. The package will be included in the additional budget amendment, which will be decided upon by the government on March 19 and thereafter handed over to the Parliament. The main features of the proposal are:

For companies to be able to retain their employees for the coming period and to be ready to quickly resume operations when the situation changes, the possibility to provisional support for short term work (Sw. “korttidsarbete”) is introduced. The proposal implies that employees can reduce their working hours but still remain 90 percent of their salary. The state will account for three quarters of the cost of reducing employees’ working hours. Hence, the proposal implies that the employer’s wage costs can be reduced by half while the employee receives more than 90 percent of the salary.

Source table: The Government – on the proposal regarding short term release

The proposal is proposed to enter into force on April 7 and to be valid during 2020, but will apply as from March 16.

The state is proposed to take the entire cost for the employee’s sick pay during the month of April and May from the companies. Self-employees are also compensated by the possibility of receiving a standardized sickness benefit for days 1-14.

In order to strengthen the companies’ liquidity, it is proposed to allow deferral with payment of preliminary tax on salaries, employer’s contributions and VAT. The deferment covers three months of tax payments and will be admitted for a maximum of 12 months. Interest of, at present, 1.25 percent and a deferral fee of 0.3 percent per commenced calendar month will be charged for granted deferred amounts. This proposal will replace the proposal which was presented last week.

The deferral is granted to companies who do not have large existing tax liabilities and do not neglect their finances or are otherwise rogue.

The rules will come into force on April 7, 2020. However, they will be applied retroactively as from January 1, 2020. Thus, companies can receive a refund of tax payable to the tax account during January to March.

PwC closely follows the development in regard to the spread of covid-19. In addition to the recently presented package, the government announced last week that, among other things, the waiting day will be abolished for a limited period. 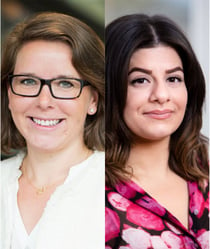