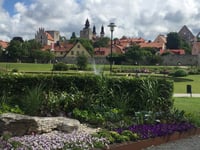 Taxation was high on the agenda at Almedalen today. In the comments below, I have summarised the highlights of a few of the seminars I had the opportunity to attend. FAR served as moderator for an exciting discussion which, now and then, became quite heated. The theme was whether tax planning can be seen to be of benefit to society. The panel, with the Tax Agency, legislators and the business community represented, appeared to agree that the right amount of tax should be paid –neither too much nor too little, and that complex, unclear tax rules do not make it easy for companies to pay the correct amount of tax.

Concepts, such as the rule of law, predictability and transparency, united the panel participants, as well as the premise that there is a responsiblity on behalf of both companies and legislators and the Tax Agency to work towards a correct handling of taxation. Paying an excessive amount of tax was portrayed as a competitive disadvantage for business operations where a yield on capital is a requirement.

What does the term ”tax planning” actually mean? The term is negatively charged for some people and positively charged for others. The planning of corporate operations is, in itself, nothing to be surprised about, and neither the preparation of a company or group to be able to handle tax issues in a well-thought through and positive manner. According to the Tax Agency’s definition, tax planning implies that the company keeps within the framework of the law, while a so-called tax arrangement implies not being able to foresee, in advance, the outcome of a trial of a given tax issue in the courts.

It was noted that there is a large grey zone in Swedish tax legislation, not the least due to the fact that the laws are very complex and difficult to interpret. A number of the panel participants maintained that proactive and courageous work with the law is required to simplify the situation for companies so they can avoid mistakes, a premise with which the Tax Agency agreed but the Agency, at the same time, concluded that a simplified tax system is not something that can be achieved in a short frame time.

The Tax Agency emphasised the importance of a tax policy anchored at Board level in larger groups. This is important, amongst other things, to ensure that the Board can execute a conscious determination of how the group’s handling of tax is to impact its sustainability work and, in the long term, its brand.

The same question which had been posed to the panel was also presented to the public -can tax planning be good for society? The replies showed a clear majority towards a ”Yes” to this question, and the moderator concluded the seminar by stating that the public attendees believed that tax planning was not something that was necessarily negative for society, while at the same time there is a requirement of a robust and predictable tax system providing a fair playing field for both companies and between countries.

Forum Syd participated in the panel discussion ”Union to Union” where tax avoidance and tax and morals were discussed. Transparency was pointed out as an important tool to counter-act tax avoidance. The panel agreed that this issue must be handled at global level. It is not enough to find solutions within the EU. To achieve sustainable solutions, the developing countries must also take part in these discussions.

With Sverige Ingenjörer (Idélandet) there was a discussion on how we can ensure that Sweden experiences economic growth, the challenges for newly-started and smaller companies in raising capital, and the tax rules for these companies. The Incentive Committee’s work was commented upon, as well as the 3:12 rules for closely held companies and it was concluded that also, here, tax is experienced as a complex and non-transparent area, not the least by smaller companies in Sweden. The question of what Sweden wants to prioritise came up and the conclusion was that if there is growth in the corporate sector, which is the goal, then the tax system but better support this goal, for example, as regards incentives for business operators and their employees.

Public discussion in the Parliament about BEPS and ATAP

A few weeks prior to Almedalen, the Parliamentary Committee on Taxation and the Parliamentary Committee on Industry and Trade held a joint, public discussion in the Parliament regarding the new international tax rules introduced in the OECD’s BEPS project, and the EU’s ATAP. Both BEPS, which stands for Base Erosion and Profit Shifting, and ATAP, Anti Tax Avoidance Package, aim at minimising the erosion of countries’ tax bases and at the taxation of companies with international operations. This theme has comprised a red thread throughout today’s debates in Almedalen. Participates in the public discussion included Minister of Finance, Magdalena Andersson, The Confederation of Swedish Enterprise’s Head of the Tax Department, Krister Andersson, and Yvonne Bertlin, CFO of AstraZeneca. 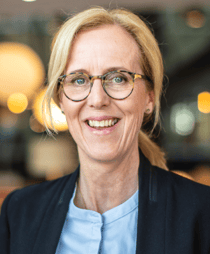